Celebrating the Panettone with Eataly

Soft, fragrant, light. It pulls apart between your fingers as the scent of fruit and yeast reach your nose. On the lips, the perfect balance of just sweet enough but never too much. It’s outer layer lightly brown and inside a golden yellow speckled with filling. For those who know the artisan panettone, a traditional Italian holiday cake, the time of year is soon approaching and your mouth may water just at the thought of having a slice. For those who don’t, it’s time to try. Made with egg and butter, flour and yeast, sugar and candied fruit, this cake has a long tradition on the Italian Christmas table and a love for it has made its way around the world.

In Italy it isn’t Christmas without panettone. Its name literally translates into big bread, a big bread with a history. Stories abound about the origins of its name and how it came to be, from tales of love to those of noble Renaissance families. It would seem that the story of the panettone is so ingrained in the Italian culture that people will tell you of its origins like talking to you about a piece of history, sometimes curious, sometimes fact-full, other times romantic or even far-fetched. For certain, one of the first written descriptions of this holiday bread actually dates back to a manuscript from 1470 from the court of the Milanese Sforza family.

Today the panettone is a holiday staple all over Italy and is sold around the world. Every year the country produces around 71,000 tons of the sweet, exporting roughly 10% for a total of about 500 million euros. The greatest number arrive in Europe with France, Germany, Belgium, Poland, Switzerland and the UK consuming the most. Yet, the interest in this delicate sweet reaches far beyond the continent with a growing market in China and the Middle East and even requests for Italian producers to make kosher certified versions of panettone as well. Of all non-European importers, the US remains the biggest, no surprise considering that Italy is the third largest exporter of baked goods to the US market. As for the panettone in specific, the year 2016 saw over 75 million cakes sold within the United States and 32 million euros exported to the country the following year. Yes, the love of panettone has reached far beyond its beginnings hundreds of years ago in Milan.

Of course, nobody knows about this golden delicacy quite like the Italians, and Eataly, representative of Italian food abroad, has been promoting the product in the US since opening its first Manhattan store in 2010. Americans can find shelves and staff dedicated to exploring the panettone at their shops across the nation in the weeks leading up to the holidays.

Vice President of Global Partnerships at Eataly Dino Borri talked to Cucine d’Italia about the king of Italian Christmas sweets, remembering the very first holiday season at their store in New York’s Flatiron district and their decision to ‘cover the store with panettone,’ including varied types from the traditional cakes filled with candied citrus peel and raisins to the less conventional without raisins or even filled with cream. It was a bold move for a first year, but it worked! Visitors to the store loved the panettone and Eataly has dedicated the season to showcasing them ever since. He also remembered the first time that they put a huge 10kg panettone as a showpiece in the store. A customer came in and bought it for his holiday office party and has been ordering one every year since.

The panettone is becoming increasingly well-known around the US, with even some supermarkets carrying them during the pre-Christmas season. Surely, as Borri explained, with the advent of social media and a greater number of people traveling internationally foods like panettone have become more and more familiar. However, not all shops are like Eataly where the cakes arrive directly from Italy, the country which created the cake and where preparation is required to follow strict guidelines concerning the recipe, ingredients, quantities and preparation. Each year the company imports more and new types of panettone, now reaching over 40 varieties available at their stores and online and ranging from the classic to vegan, amarena to pistachio and new combinations in between.

Of course, as Borri said, “The beauty of cuisine is its evolution,” and indeed the way in which this traditional cake is viewed in the US is at times different than in Italy. If in the Belpaese Christmas cakes appear on shelves in late fall, stateside they are already out in early September, ready for their customers who range from visitors looking to bring back a new food which is unique and good to long-time lovers of the panettone just waiting for it to return for another season. Certainly, Borri confirms, the peak of sales is, like in Italy, during the last 15 days leading up to Christmas. Panettone has also evolved in the US since it isn’t necessarily seen as a uniquely holiday food but rather as a sort of pan brioche to be served well before the holiday season and combined with new ingredients like salmon and chicken liver.

Now, if all this talk of fragrant and delicious panettone has you ready to get your hands on a slice, Eataly will be dedicating an entire week to the Italian Christmas cake with their yearly Panettone Week at stores in NYC, Boston and Chicago, complete with tastings, demo classes, stories and even a pop up store at their Flatiron location in collaboration with Italian panettone maker Muzzi. In the meantime, a new book by Eataly, All About Dolci, due out on October 10th, will include the history, recipes and techniques for making it.

From a simple Christmas bread in the north of Italy to varieties sold all over the world, the Italian panettone truly is a beautiful evolution of food. 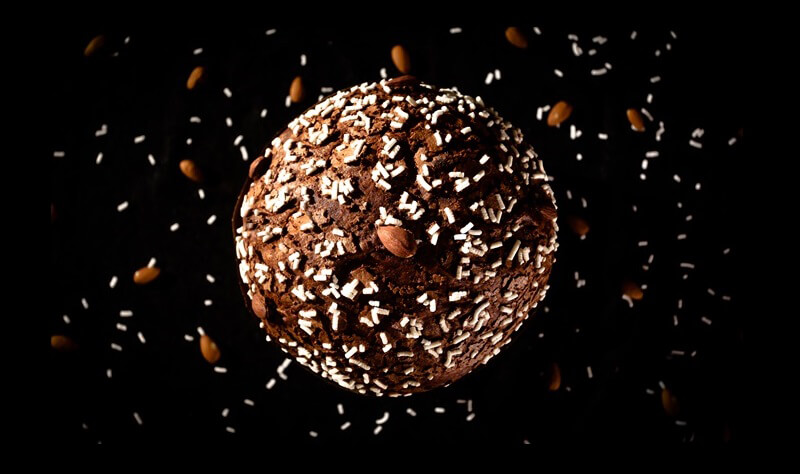